The Infrastructure Bill and Underground Utilities 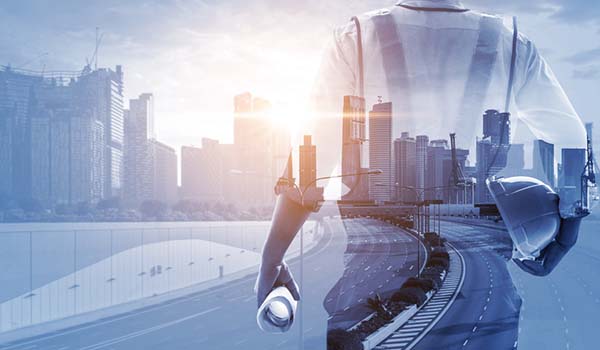 To call it bipartisan is a bit of a misappropriation. After all, 236 of the 533 (44%) members of Congress voted against it, including those from both sides of the aisle. The price tag was also hotly debated, which is why we included all of the zeroes above to drive home how large of an investment this truly is.

There is a lot of debate on the value of the infrastructure bill, whether it was an appropriate use of taxpayer dollars, and if it does what it was intended to do. Today, we’re going to break down some of the basic facts of the bill and let you decide whether this was a good bill or one that should have been revised.

First, is it truly “infrastructure”?

Among the critics of the bill is that not all of the funds go towards what Americans typically think of as infrastructure. Our society is heavily driven, no pun intended, by cars and trucks. Most cities in our nation lack reliable mass transit, and with the rural nature of many communities, lack access to high-speed rail that’s common in other countries.

Our roads, bridges, and tollways are the backbone of our transportation industry where commuters make their way every day to home, school, work, grocery trips, shopping, vacations, and so forth. That’s “infrastructure” in the eye of many Americans, yet only $110 billion of the bill is allocated to fixing our aging highway system.

Technically speaking, however, lock chambers (such as those in Sault St. Marie, Michigan), dams, levees, water pipes, sewage systems, AmTrak, and more are all a part of this country’s infrastructure. Most Americans simply don’t see or need access to them on a daily basis.

As we mentioned, $110 billion of the bill is allocated to what we typically think of as infrastructure. While we’ll leave the judgment in your hands on that, what’s done is done. With the bill’s passage, each of the following programs will see funding from it:

We’re going to focus the rest of our attention today on the $73 billion price tag for energy and power systems.

If you ever needed to have a cause for concern about the U.S. power grid, take one look at Texas over the past several years. During both heat waves and cold spells, the system has had problems keeping up. While Texas is an anomaly in that it manages its own power grid, it doesn’t negate the age of the overall power grid. On average, most sections of the grid are at least forty years old, and over 25% of the grid is at least fifty years old (and some beyond that).

It’s also generally understood that we are experiencing unprecedented weather patterns. The cyclical vs man-made debate is not one we’re willing to entertain today. The reality is parts of the country (and North America in general) are seeing exceptionally extreme conditions ranging from blistering cold to sweltering heat.

With the size of our current population and the demands on the grid, the simple truth is that it cannot keep up. Whether coal, natural gas, solar, or wind-powered, changes need to happen to prevent rolling and sustained blackouts.

Those in the Midwest, like Ohio where we’re from, have an old saying:

Of course, the point is that once warm weather breaks, road crews hit the pavement to work on that year’s projects. And indeed, that is the largest singular investment in the bill: $110 billion to improve our decaying highway system, collapsing bridges, and more. In addition, another part of the bill looks to expand AmTrak passenger rail service outside of New England and the Atlantic Coast. There’s been talk of a high-speed rail here in Ohio connecting Cincinnati, Columbus, and Cleveland for years. Will it finally happen with this bill?

Anyone who has ever had to call 811 knows that there is typically a waiting period between making the request to when the locator visits your property. This, of course, is for residential areas.

Today, we’re focused more on municipalities. What kind of impact will work on aging roads have on locators who, quite literally, can’t get to the job site?

A critique worth considering is that with so much in this bill, too many companies will be working in the same areas at the same time. Expanding rail service? That’s going to involve tearing up some ground. Fixing decaying roads? Where are the utility lines in relation to the road project?

If you asked ten different people their opinion on green energy, you’d most likely get ten different answers. A portion of the $73 billion energy investment is to promote green energy (and if you skim back up, you’ll see that an additional allocation is made to transition more vehicle owners toward EVs).

This ties into one of the points we’ve highlighted once today: grid reliability. If everyone suddenly starts buying Teslas and F150 Lightnings, that’s going to overload the aging power grid.

Then again, a lot of the shift towards green is where it comes from in the first place, with a renewed focus on expanding solar and wind (read: renewable) energy. This could have a direct impact on the coal and oil industry as more parts of the grid shift towards these alternatives.

What will the economic impact be in those industries as there’s decreased demand for coal and oil? Then again, depending on who you talk to, some believe the spike in gasoline prices is directly tied to a belief in a future decline. It’s sort of a “Better make some money while you can” kind of thing.

So where do you stand on the infrastructure bill?

A $1 trillion price tag is more money than most of us will ever see in our family’s combined lifetimes. It, likewise, allocates price tags far greater than we’re used to for various projects. Some might call them pet projects (President Biden is a strong proponent of AmTrak, for example). Others call them far overdue. Some believe the allocations within this bill spell out a left or right agenda. Others believe that it’s a much-needed shift towards sustainability.

What do you think? Were funds appropriated the correct way? Is the price tag too large? Could it have been tweaked somehow to make it more agreeable, finding a middle ground to appease both sides? Let us know in the comments what you think!